The house departed the conventional format of floor wise stacking and the understanding of the inside and the outside. The spatial planning set out to achieve dramatic experiences of the outside from within the house and vice versa.

The project is a weekend home, which is in a residential development occupying a site adjoining the fairways of the golf course. The brief was to design a house, which serves as a retreat from the city life and will be occupied primarily during the weekends such that the retreat comprises of a distinct living experience and a golf-playing weekend. The client was also particular about the Architectural response to the fairway-facing site and expressed the desire for the Architecture intent to integrate the vast expanse of the golf course and the visual spectacle of the greens and the trees present along the fairways.
The Architectural intent of the house goes away from conventional formats of residential typology design and embarks on a journey of a purposeful geometric exploration, which entails the user to adapt to an unknown sense of scale and confluence of geometric strategies. These geometric strategies allow the user to get uncompromising views of the fairways and an almost magical sense of natural light in all areas of the house, which allows the user to engage with the spaces freely.

The large extent of windows facing the fairway allows the occupant to view the expanse of the golf course from every space within the house. Opening any of the windows brings in fresh air from the fairway into the house.

The project celebrates the intrinsic experience of the Architecture and the visual spectacle of the vast expanse of the fairways where air and freedom are essentially the notions felt from within the house and from the exterior decks. The interior spaces such as the living, dining and kitchen seamlessly connect with the exterior deck to allow the user to feel the air and freedom from the surrounding context of the fairways.

The site is abutted by an approach road in one side i.e., the east, and the sixth hole of the fairway on its west. The north has a house and there is a vacant plot on the south.
The site was raised by almost 2400 mm from the straeet level to bring the first level of the house to the level of the golf course fairway.

The tectonic volume comprising the staircase connection serves as a sculptural hybrid, that which is avant-garde in it's Architectural style and a mysterious volume of opacity. The Autodesk software facilitated a rigorous exploration of the staircase and its envelope.

The house is designed with contrasting material conditions on the east and the west wherein the east has a composition of walls at various angles with no openings to provide privacy ad quietness from the street, but the west has large extent of glass on the ground and first floors.

The large extent of glass has been provided to achieve a seamless integration of the programmatic activities of the house with the large deck on the ground floor and the uninterrupted view of the fairway greens from the bedrooms and family room located on the first floors.

The visual connection and climatic efficiency of the two overlapping volumes is achieved with two cutouts, one, which is in the living area of the ground level, and the other, which is along the east boundary of the house that enables the warm air to rise and exit.

The primary challenge was to design the Structural details in such a manner that they fused with the geometric intent of the Architecture. Other challenges were the extent of certain cantilevers owing to the angular extent of the volumes that joined and separated to become two floors. 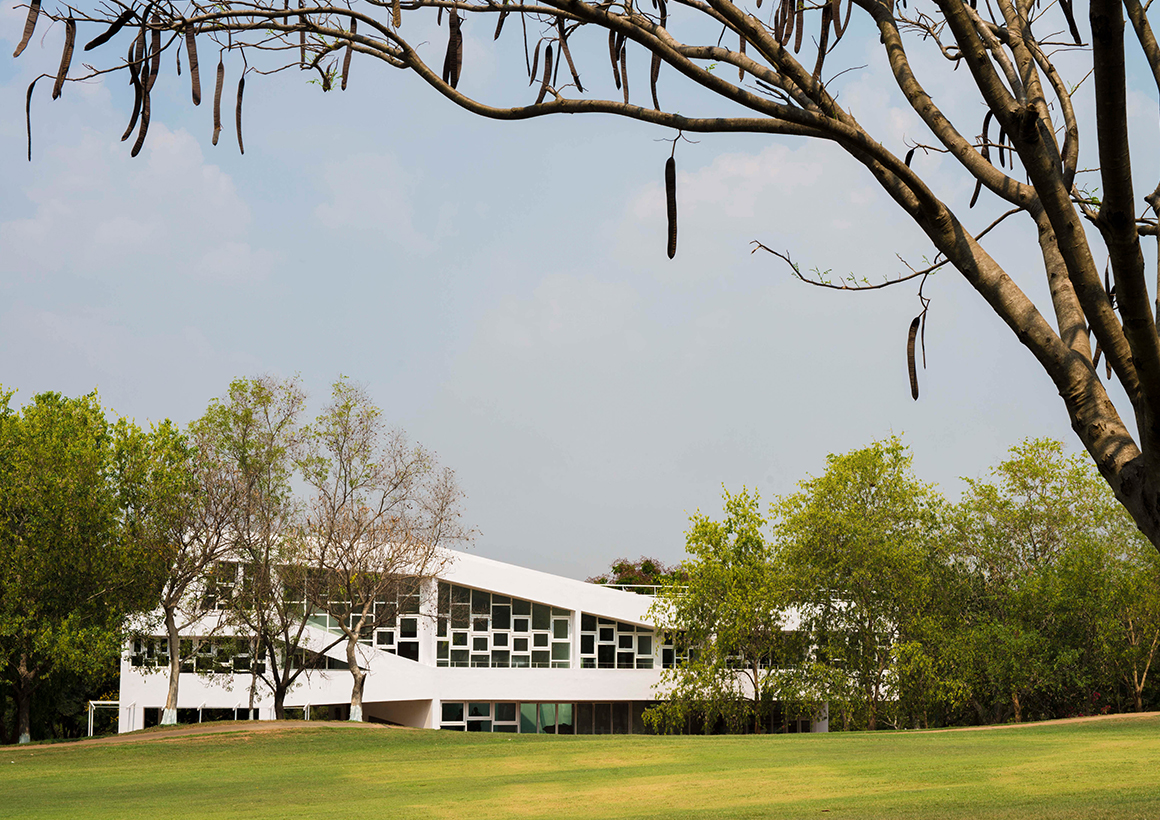 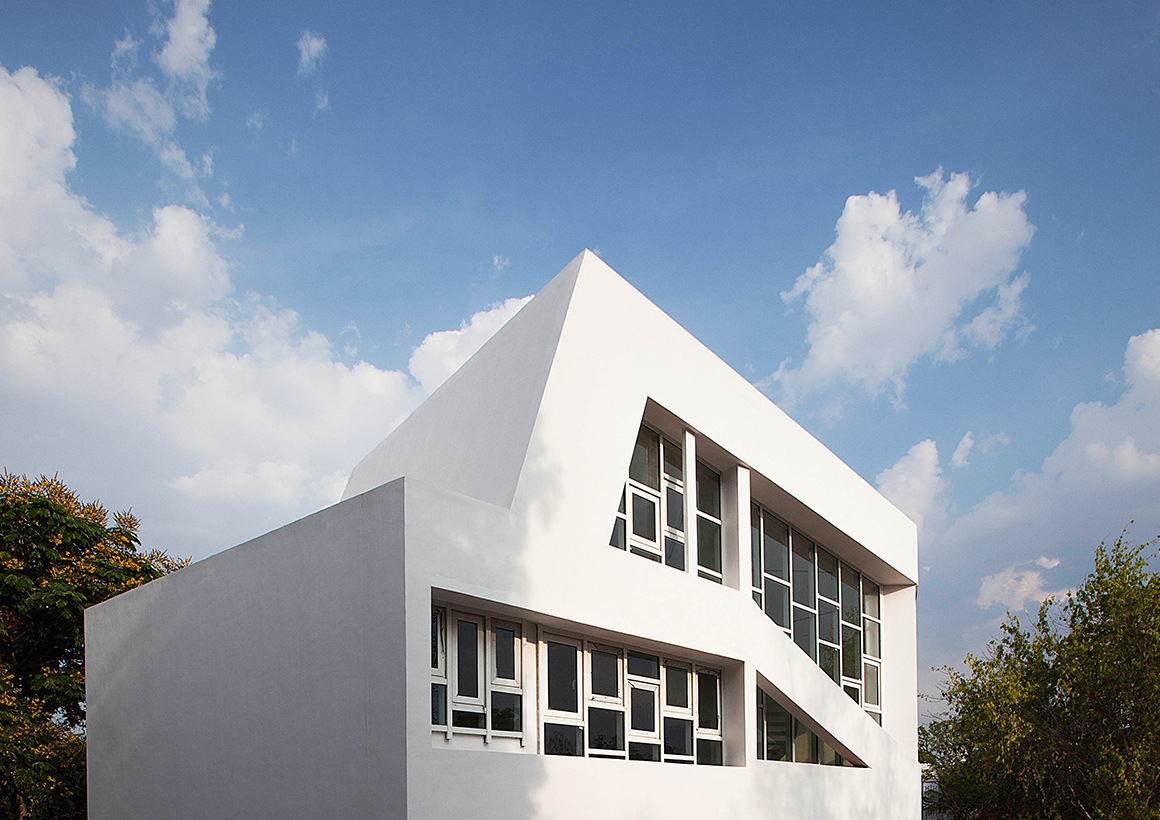 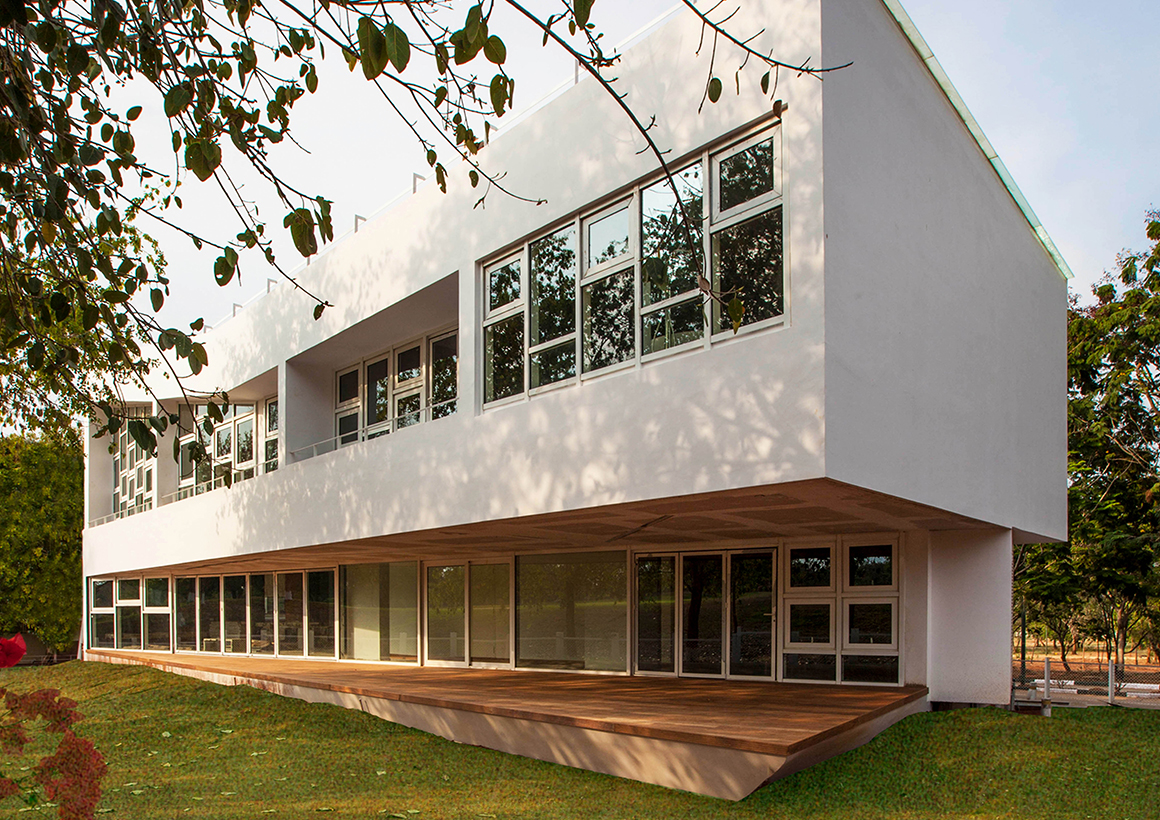 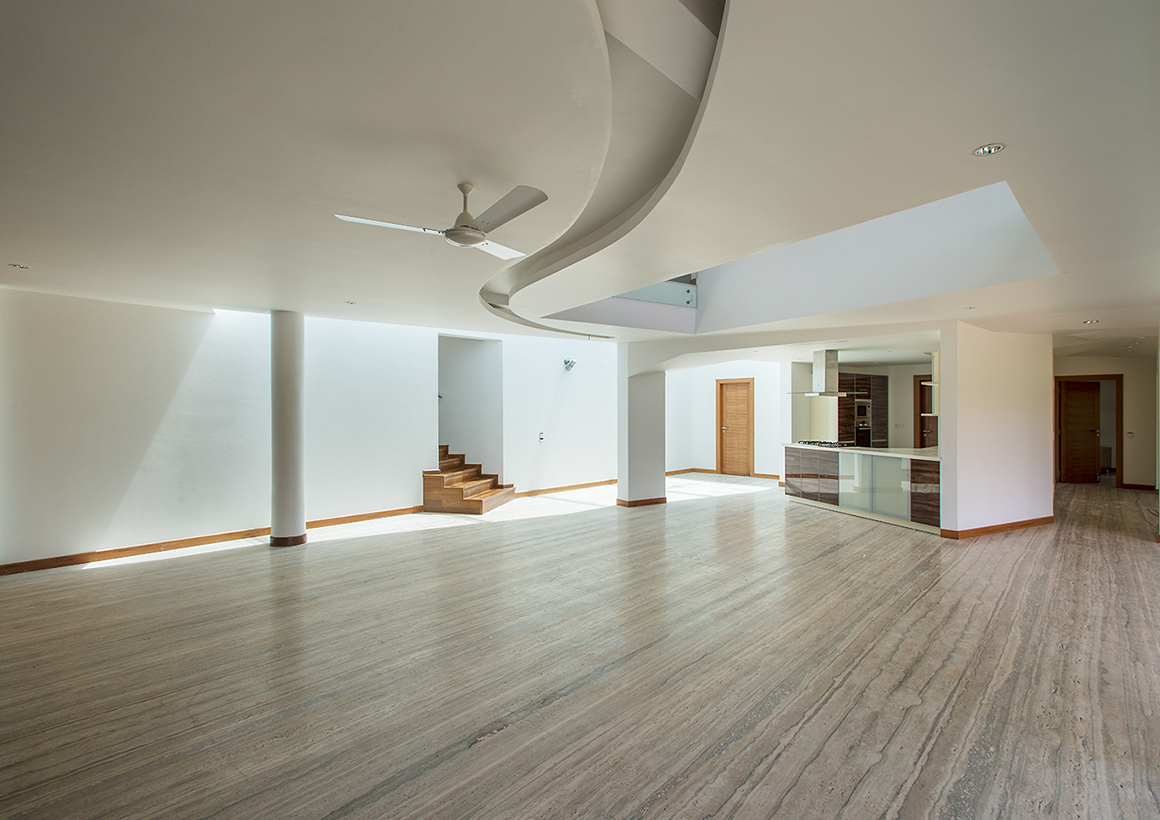 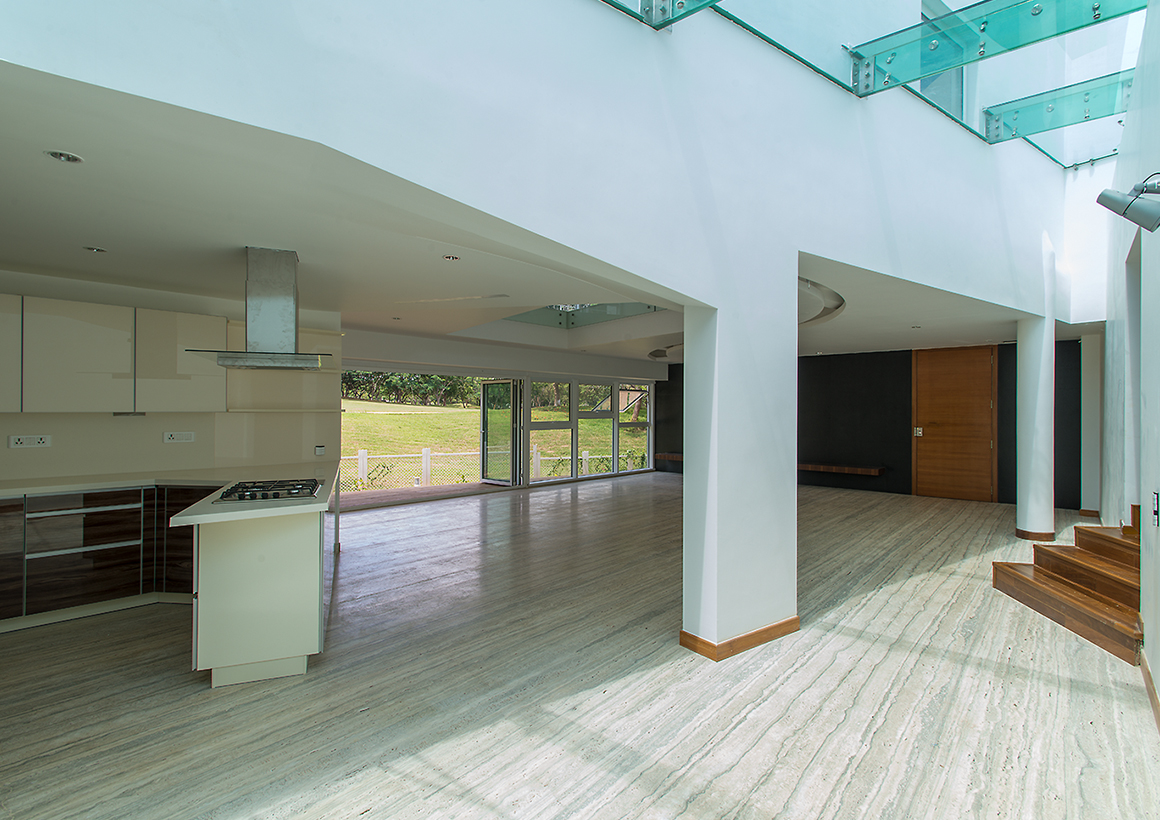 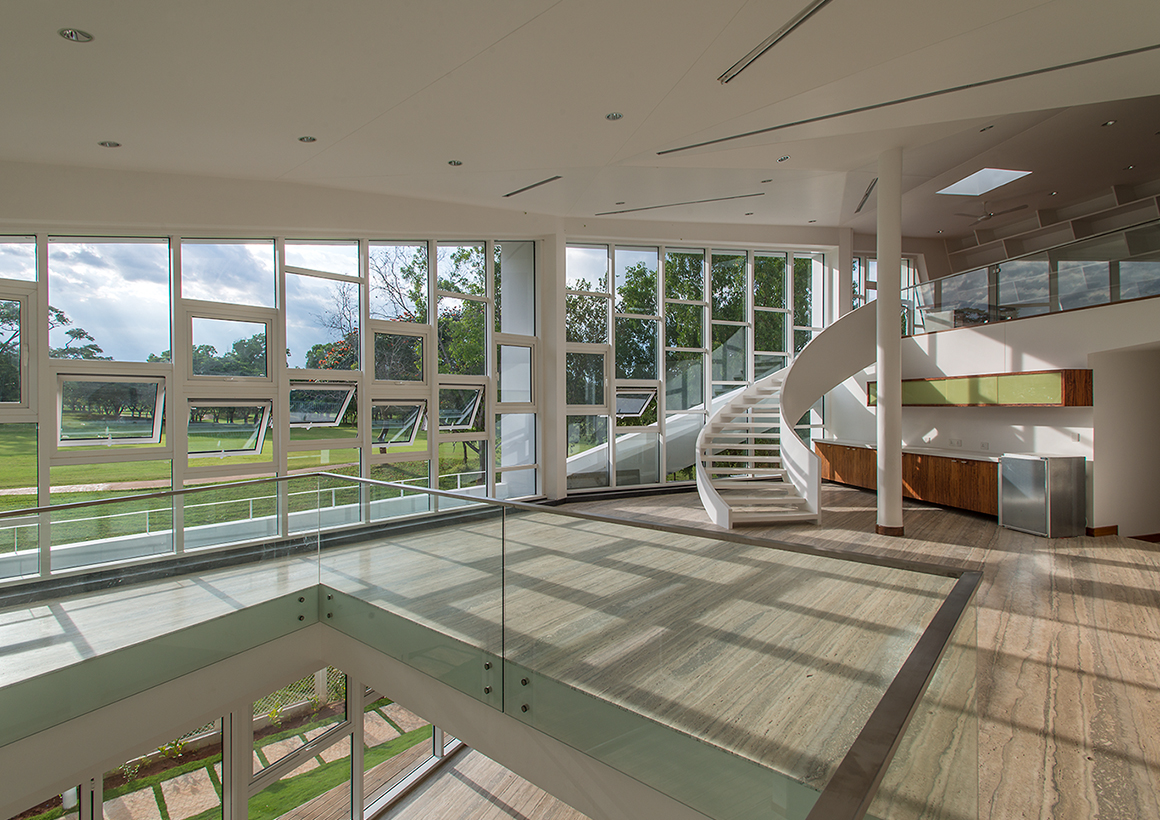 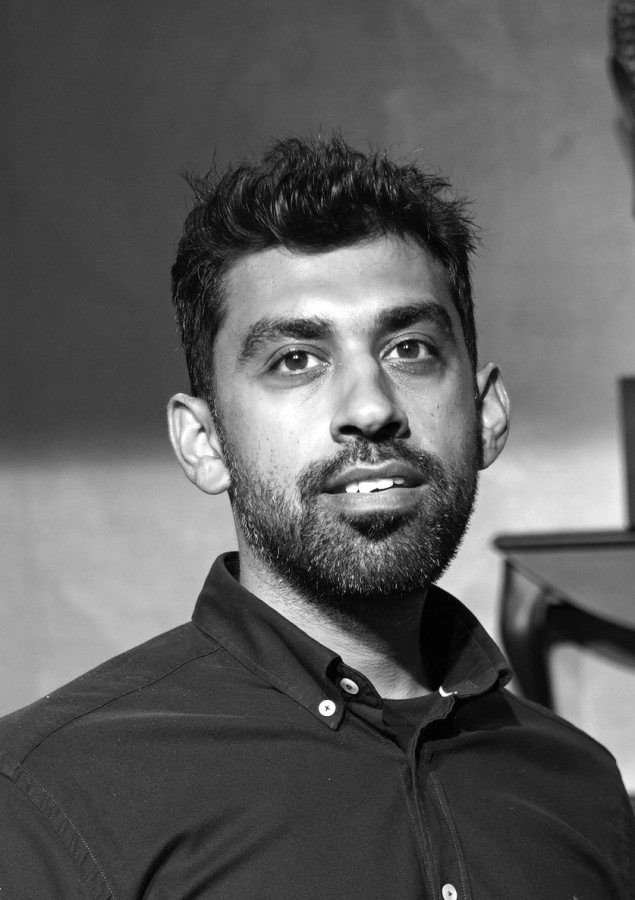 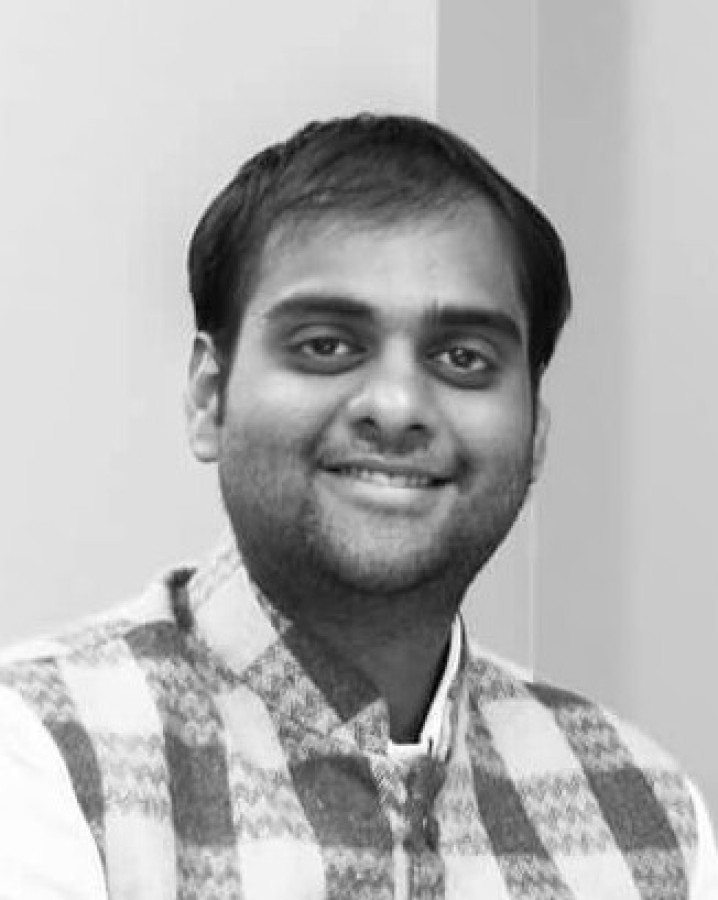 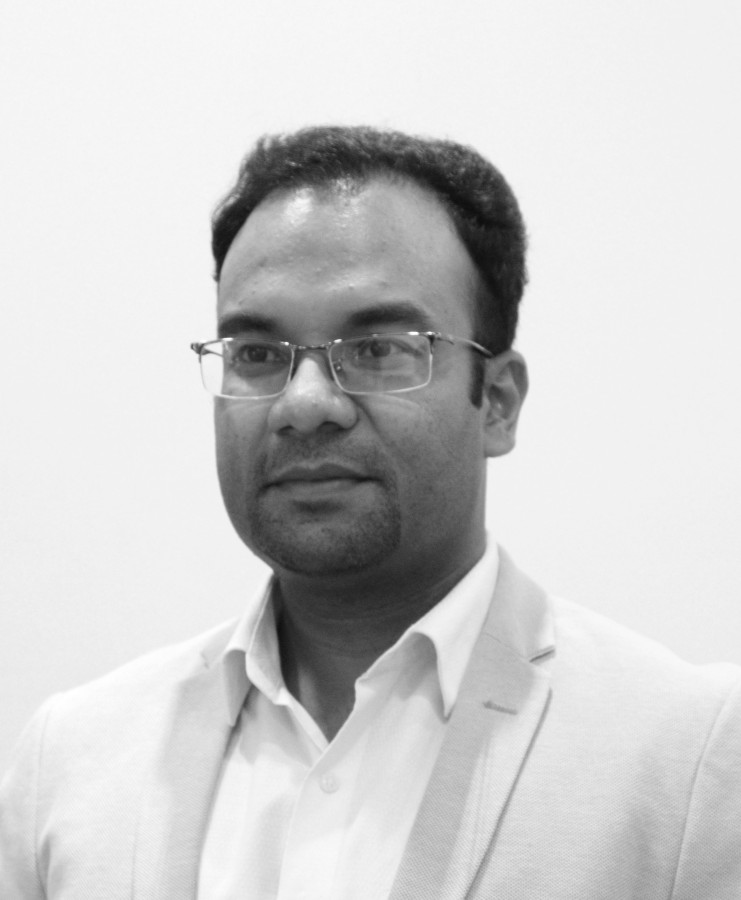 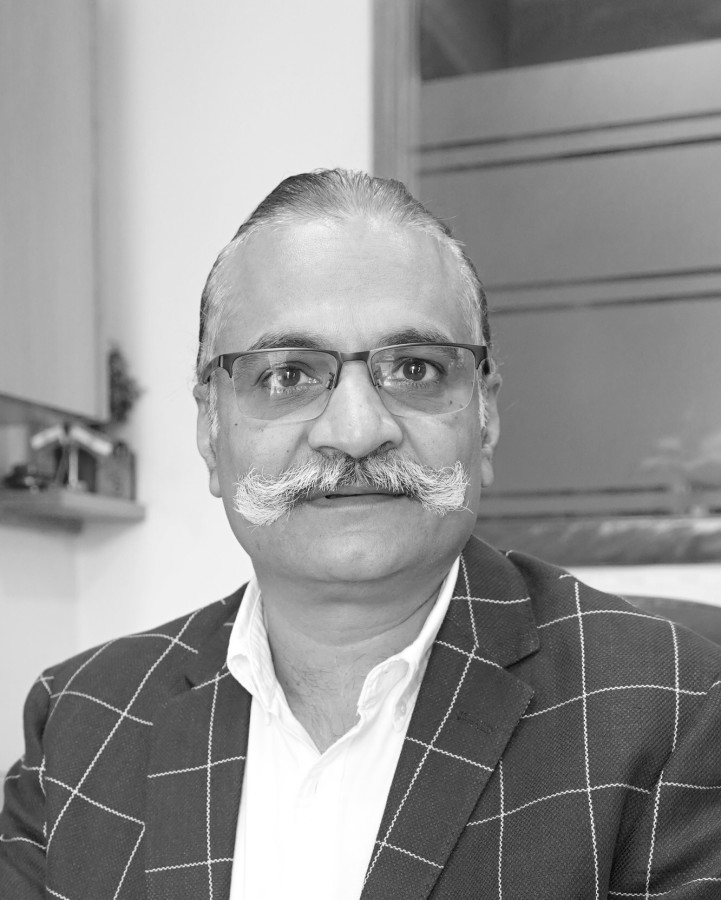 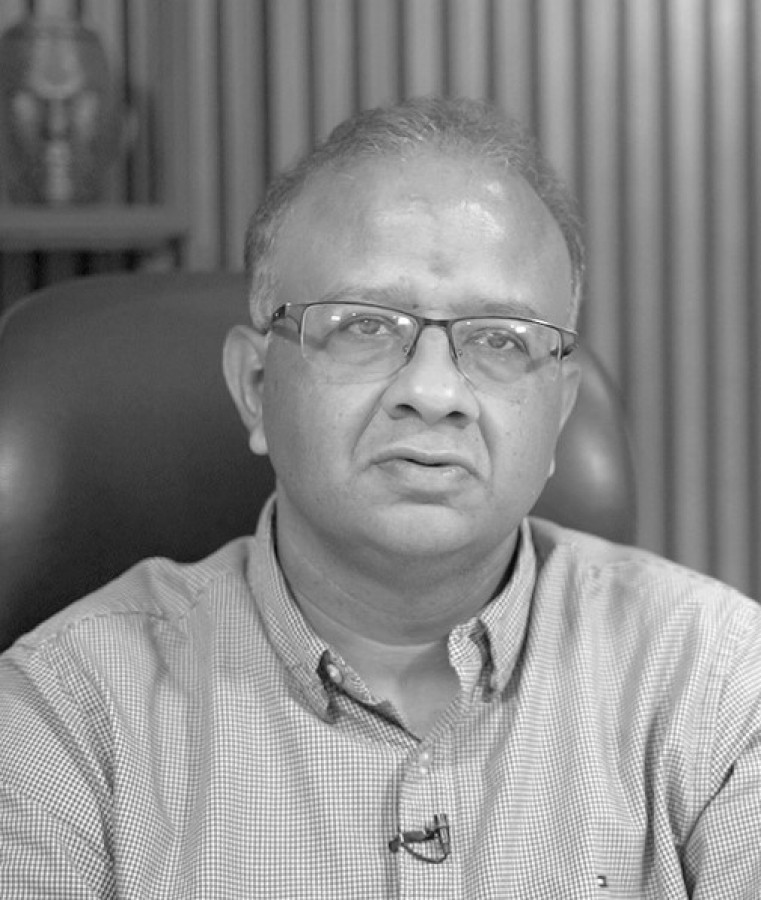